Plaque located on the Ticket Office wall to commemorate the rebuilding
of the Station in 1988.Taken on 9th May 2012. 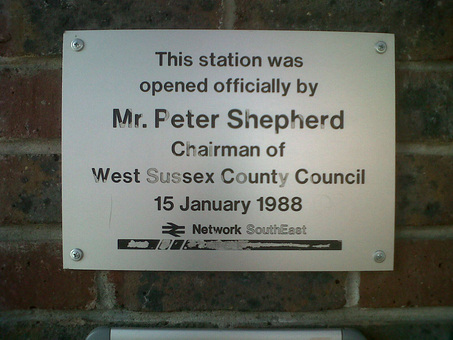 This busy London terminal still has a large number of 'NSE Clocks' present.
As well as a 'NSE Branded Sign' giving directions for the Emergency Exit out of the Station.  Taken on 27th October 2012.
This NSE branded clock is still in full working order in the main concourse below the Destination Board.
But its days are numbered as the station is under going major development ans refurbishment. Taken 21st July 213. 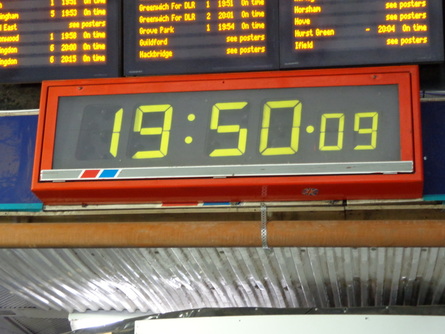 The railings that surround this Bedfordshire station, although repainted in 'Blue - Thameslink / First Capital Connect' paint in recent years are
now beginning to show the history that bears underneath in places - that being NSE red paint !!  Taken on 9th February 2015. 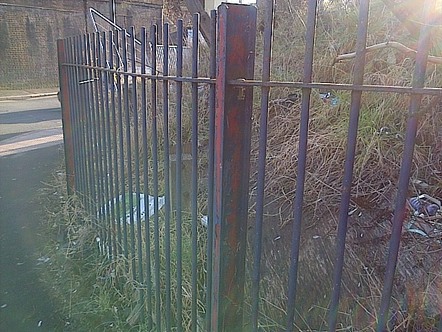 This NSE clock is still in full working order. Minus the NSE stripe it's of  course !!
Taken on 22nd December 2012. 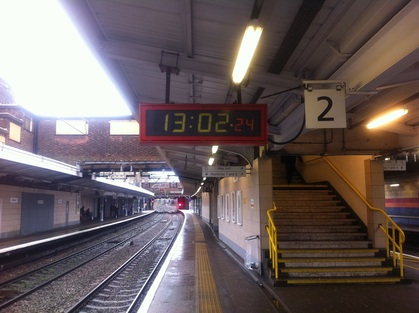 As this station is managed by Chiltern Railways, some signage has survived.
Taken on 11th May 2012.
﻿Information & Photos supplied by Chris Osman

This Station was closed on the 31 May 1997, to make way for the 'Croydon Tram Link'. Surprisingly a 'Red' NSE Lamppost survives to this day.
.Taken on 31st July 2014.
Information & Photos supplied by Mark Allen.

This Station is still legally open, but has been closed to passenger trains since August 2006 due to "safety concerns". But still has NSE signage place.
Apologies for quality. Taken on 16th March 2013. 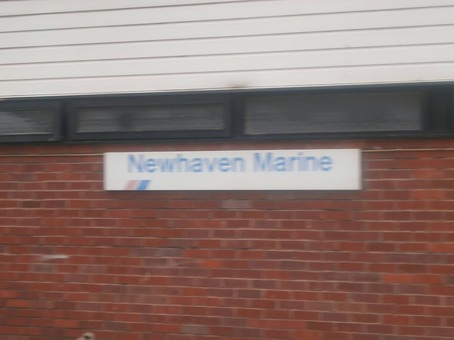 This station was rebuilt by NSE in the early 1990's. The 'RED' windows
frames dominant the main entrance .Taken on 12th October 2015. 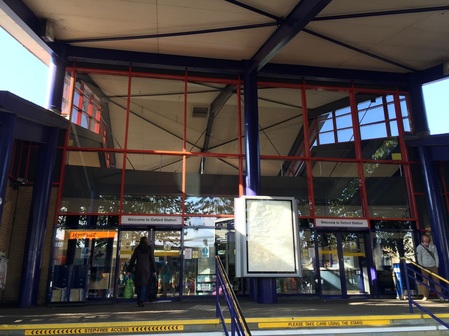 This Station still has a NSE branded sign on the Purley Oaks Road entrance
side at this South London Lines Station. Taken on 2nd September 2014. 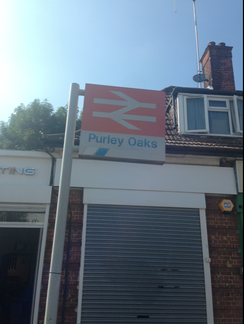 This Coolant Dispenser Trolley is still in use and retains its NSE colours.
Taken 8th August 2011. 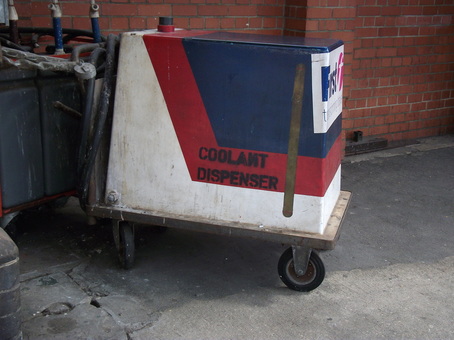 Many NSE followers will be familiar with the NSE sign that adorned the bridge over the A25 at Redhill Station.
Thanks to the keen eye of Neil Bird, an approach was made to the contractors who were in the process of dismantling the sign ( to be replaced with another). In the following days with many frantic phone calls and emails later we managed to get Southern and
Network Rail to donate the sign to the society.
The sign was collected on Thursday 29th November 2012 and is now safely stored under cover at Shoreham.

Photos taken on 26th October 2012.
Photos supplied and taken by Dave Elliot.
This four sided NSE Station Sign is still in place outside this Surrey Station.
Taken on 8th February 2014.
Information & Photos supplied by John Chisholm.
Taken from a moving train (Apologies for quality), the three roads at Redhill which used to be where the old steam shed was situated in the V of the Brighton and Tonbridge lines. No signs but the all too familiar red painted lamp-posts exist. This location was possibly used at some point for the overnight stabling of DMUs.
Taken on 26th April 2014. 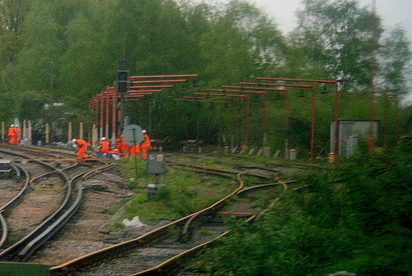