This Southwest Trains station still features a Network SouthEast sign to warn people not to cross at the end of the tracks, nearest the concourse end.
Taken on 6th January 2015. 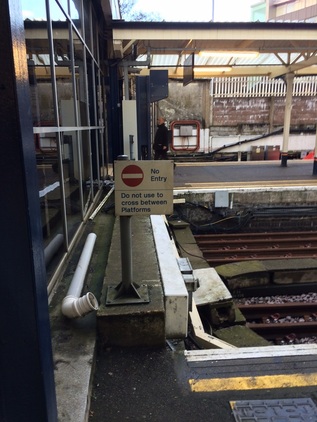 Found hiding under the bridge over Fisherton Street near Salisbury Station.
Taken on 4th May 2012. 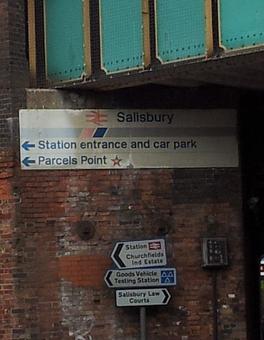 Further evidence in Salisbury can still also been seen. The Traincare Depot still has a few 'NSE' are signs in place.
One can be seen trackside proudly displaying its 'West of England' branding. And another on the road leading up to the Depot.
Taken on 4th February 2014.
Information & Photos Supplied by George Webbster.

This Station on the 'Island Line' still has a great presence of Network SouthEast in the Booking Hall. The Ticket Office window surround still gives shows its RED glow of NSE and still has kept its original blind. Above the window, a smaller version of the NSE clock is still in place, although it is no longer working. Taken on 3rd May 2014.
Information & Photos Supplied by George Webbster.
This unserviceable clock is still in place in Shanklin booking hall.
Taken on 8th August 2015. 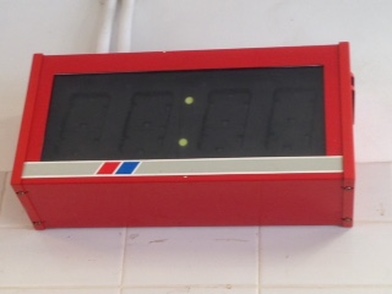 Sidcup Station was redeveloped in 1988. This plaque is still in place to
mark the rebuilding. Taken on 1st August 2012.

This Great Western operated station still has an active PERTIS Machine present. It has been given a blue coat of paint in recent years to blend in with the
First Group.colour scheme. The NSE flash has been obscured, but can just be made out. Taken on 29th November 2015.
Information & Photos supplied by Joshua Sammons.

This NSE sign escaped the c2c branding which took place at the station.
Taken on 2nd April 2012. 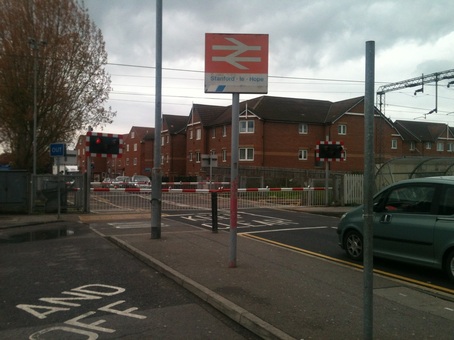 This '12 Car stop' sign is still in place at this Great Eastern Line Station.
Taken on 10th August 2013. 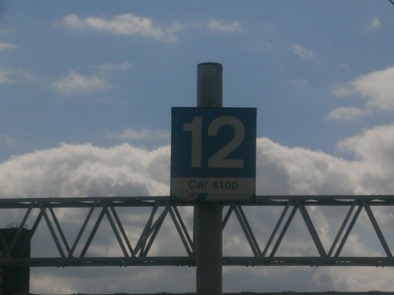