This jointly served station on the Chiltern Line / London Underground still has NSE Car stop signs on the platform,
installed when the Class 165 'Chiltern Turbos' were introduced. Taken on 5th August 2014.
Information & Photo supplied by Joell Fears-Caines.
This 'S' Car Stop Sign is located on the Northbound platform at this Buckinghamshire Station. Taken on 17th July  2015. 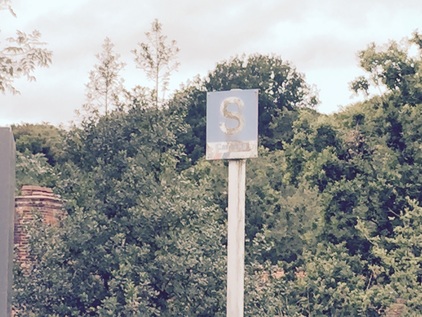 Reminders of Network SouthEast still remain at this 'Chiltern Line' Station in Buckinghamshire. Taken May 2014. 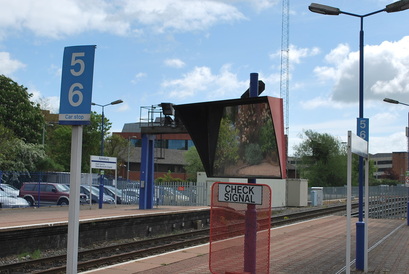 The DOO mirrors at Aylesbury Station are still in faded NSE red, ajacent to a 'Car stop' Marker (with NSE flash taped over).
Information & Photos supplied by Ian Morrish.

This 'Sussex Coast' Line station, still has the Information display monitors in fully working operation in the Main Booking Hall & Platform areas,
that were installed by Network SouthEast over 20 Years ago. Taken on 9th March 2013.
Information & Photos supplied by Neil Bird.

A little way out of the Station on the bridge that crosses Battersea Park Rd, a sign can be found giving direction to the local dogs home there.
Taken on 13th September 2014. 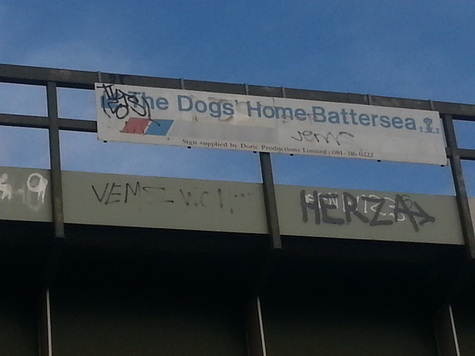 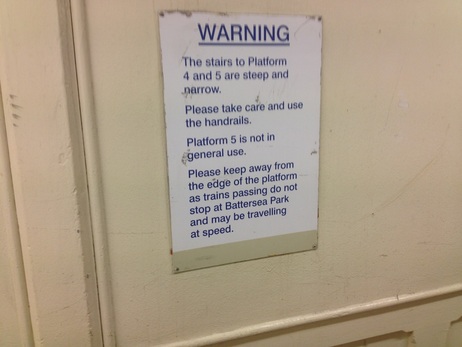 At some point during the 'Network SouthEast' era, the ticket office building at Bedhampton Station on the Portsmouth Direct Line was replaced with this
'RED Portacabin' type building. These days the overall apparance the Ticket Office is a very faded and weathered 'RED'. Taken on 28th May 2014. 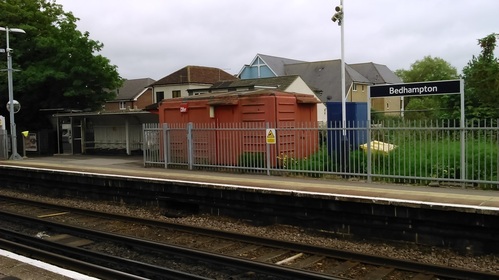 Although hidden in the summer foliage, this former Network SouthEast sign still has the 'NSE Flash' on the rear of it. The front of the sign has tape
over the flash, so is no longer on view. Taken on 4th May 2015. 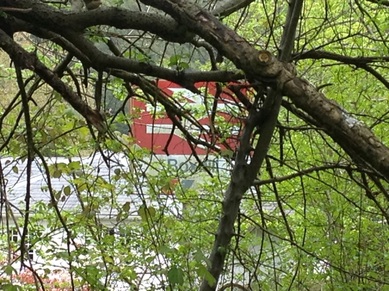 This Essex Station still has some reminders from the Network SouthEast sector in place. Platform surfaces still incorporate the NSE in the block paving &
an Network SouthEast clock still appears here- although sadly not working. Taken on 20th June 2015.
Information & Photos supplied by Joshua Sammons.

Information & Photos supplied by Neil Bird.
This Sussex Coast Station still has a Network SouthEast/Red Star Sign still in a place.
The sign is located on the side wall of the station building on Terminus Road. Taken on 11th May 2015. 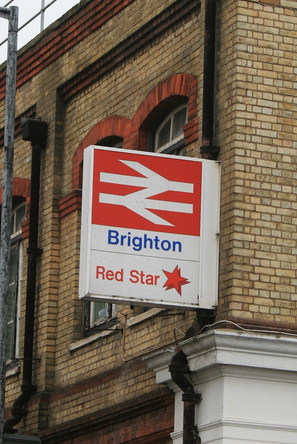 BRIGHTON 'SOLARI' TRAIN INDICATOR BOARD SAVED BY THE SOCIETY

Updated : 03/06/13.
At the end of 2012, it came to the attention of Neil Bird that the Solari Train Indicator Board at Brighton Station was to be demolished as part of the station improvements taking place to enhance the view of the train shed from the concourse. The board was erected during the NSE era and we understand that this is the very last Solari in existence in the UK. It was agreed by the committee that we should do everything possible to secure the complete unit together with the associated control equipment. Approaches were made to Southern Railway, Network Rail, Heritage Railway Association and the NRM York, to establish if there was any interest in saving this last survivor for the nation. The NRM have already acquired a section from another location advising us that they had no plans for the complete Brighton assembly. Network Rail and Heritage Railway Association also confirmed that they had no plans to recover the unit.
So it was down to us and Southern Railway to negotiate a way in which we could be involved in the removal and acquisition of the whole Board with the intention of returning it to working order.
In due course, Neil Bird and Chris Osman met up with the project team at Brighton who gave us the opportunity to inspect the gantry and fittings. During our discussion we raised the issue of the control equipment located elsewhere on the station. On arriving at the office, we were dismayed to find that the control unit, a computer and programme, had been taken out at the time the board was decommissioned, being replaced by the dot matrix units visible in the picture, and scrapped. If anyone knows of any control equipment from another location which may be donated to the society, please contact Chris Osman or Neil Bird. A decision was taken to salvage 5 of the 8 displays along with the associated infrastructure. The other three displays had been cannibalised or removed. The date for dismantling was set for the beginning of May. Due to circumstances beyond our control, the recovery date was put back until the 2nd June when we were told that the main part of the display was down and ready for collection. Thanks to Neil and NY Haulage, collection took place on Monday 3rd June with the bulk of the display boards now safely stored at our depot in Shoreham. It is expected that the gantry will be dismantled in the next few days (after 6th June) when it will be reunited with the display units at Shoreham.
It is our intention to re erect a section of the unit to allow it to be seen in all its glory!. Our thanks must be made to Pieter Wilkes,
Julie Boyle, Chris Griffiths and other Project members who have gone out of their way to make all of this happen.
We look forward to continuing our good relationship with Southern Railway.

This West Sussex station still has two Network SouthEast signs ouside of it, located on both sides of the main entrance.
Taken on 10th February 2014.
Information & Photo supplied by John Chisholm.

This Station in Essex still has the sign installed by Network Southeast outside although the NSE branding has now been obscured by Great Eastern
colours in later years. Also in place here are 'NSE car stop' signs on the platforms. Taken on 24th October 2015. 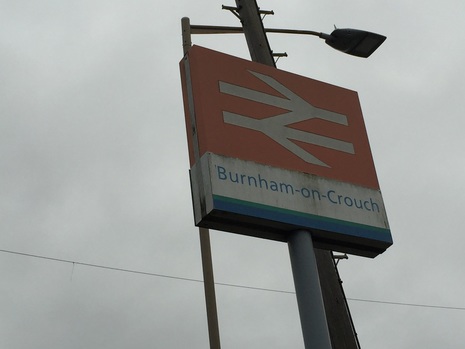 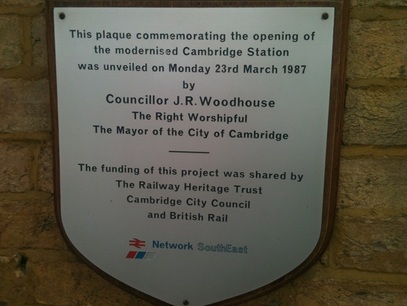 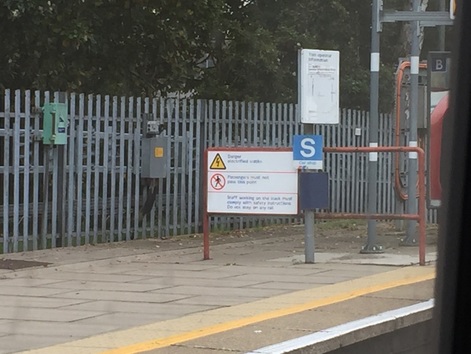 This NSE branded sign is still present at this Essex Station.
Taken on 22nd March 2014. 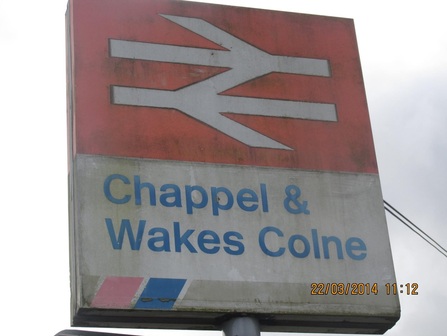 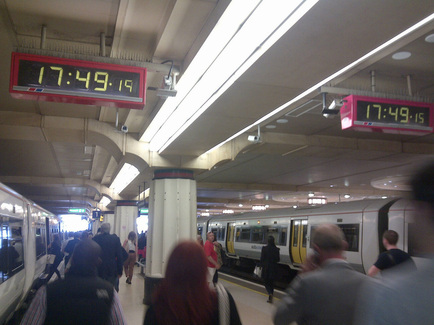 Despite this station being rebranded in 'Silverlink' and now 'London Midland' signage since privatization, some  'Network SouthEast' items have managed to survive. A wall mounted leaflet holder located in the Booking Office & litter bins in the Washrooms are still around
at this station.  Taken on 14th January 2013.
Information & Photos supplied by Charley Ashbury.

This Essex Station still displays a BR/Network SouthEast sign outside the Station and also 'RED - Network SouthEast'  paintwork can be seen on the worn handrails which lead down to the platforms, which have been repainted yellow in recent years.
Taken on 20th June 2015.
Information & Photo supplied by Joshua Sammons.
This Station also has 'RED - Network SouthEast'  paintwork on the exterior of the building on the framework of the glazed roof and on a roller shutter door.
Within the Station, reminders of NSE paint can be seen on the electrical cable housing framework. Taken on 21st November 2015.
Information by Joshua Cooper & Photo supplied by Joshua Sammons.

This NSE clock is located on Platform 1 at this Essex station. The reverse side has had its NSE stripes removed.
Taken on 26th August 2013. 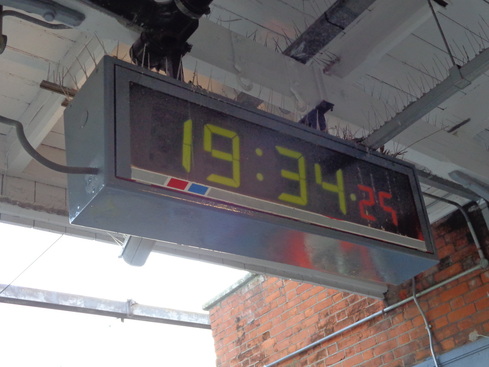 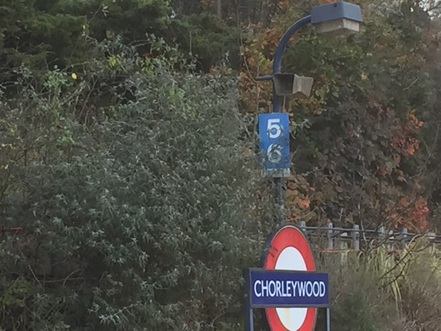 This station on the Thameslink network is still rich in Network SouthEast features. The Ludgate Hill entrance still greets passengers with NSE signage - minus the NSE flash which is now covered up. Information / Timetables units still also retain their NSE typeface and red paint.  Taken on 10th January 2015.
Information & Photos supplied by John Chisholm.
Also found throughout City Thameslink Station are these Network SouthEast light fixtures with the classic flash on the lower fitting. The 'Ludgate Hill' text seen
in the background is also from the NSE era, further examples can be seen heavily around the station on the walls.Taken on 15th February 2015. 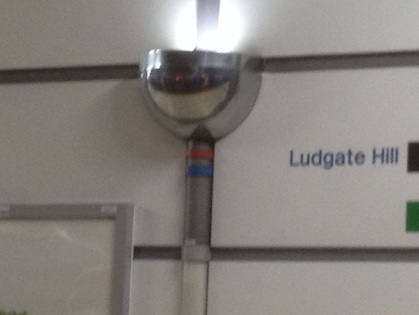 This Essex station still has a NSE branded 'Car stop' signs.
Taken on 22nd March 2014.
Information & Photo supplied by George Webbster.
This 'Network SouthEast' branding and door sign is located In the corner in the ticket hall and is not easy to spot unless you look very well.
Taken 25th October 2014. 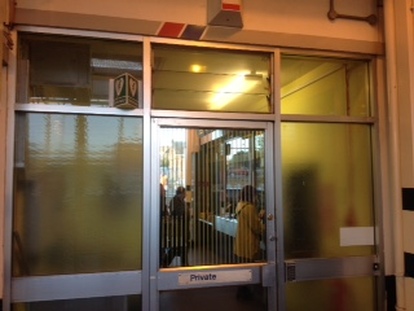 This West Sussex station still has a NSE sign outside proudly stand outside of it. The blanked out section is the former Redstar parcels operation of BR.
Taken on 12th February 2014.
Information & Photo supplied by John Chisholm.