This sign is located outside the Station Car park, directing customers to the
two Stations that serve this Marker Town, Taken 22nd February 2014. 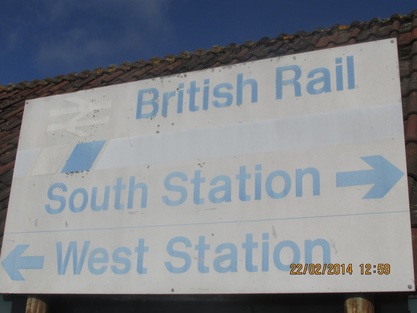 An array of survivors from Network SouthEast are still present at this station. The sign outside the station is still in place - although the flash has been covered up.
Two platform direction signs are also still present, and the platform wire mesh fencing is still is painted NSE red - although it is now very much faded !!
Taken on 29th September 2015.
Information & Photo supplied by Joshua Sammons.

This trolley was originally at 'Southampton' Station, but has been 'acquired'
by Eastleigh Station. Taken on 18th February 2014. 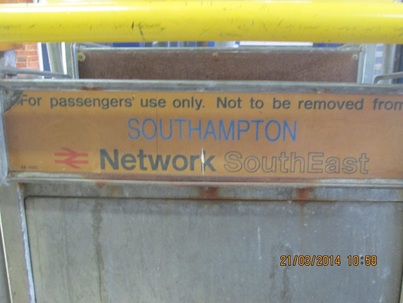 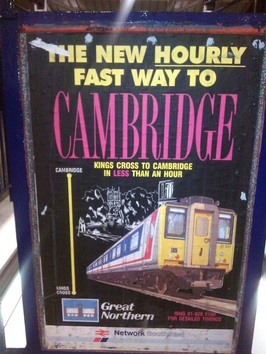 On the 25th February 2012 Elephant and Castle station has had a sign removed outside the waiting room on Platform 2/3, exposing the Cambridge poster. This poster was first published in 1990 to celebrate the electrification launch to Cambridge.  It is amazing that it should have lain undiscovered until now.  Attempts are being made to recover it also we hope to have some pictures of it soon.
Information & Photo supplied by Michael Donnelly.

This small NSE bin was still in use in Gents toilets in 2010 at
this Kent Link Station.Taken on 24th April 2010. 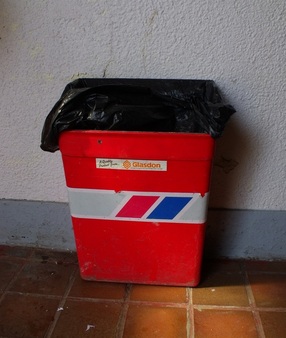 The platform at this station seems very much unchanged since its Network SouthEast. This Essex Road Station - Northbound Route Map is still in place.
Taken on 14th December 2012. 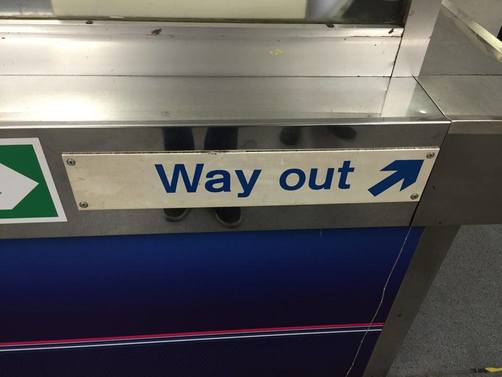 The Solent Link' brand was used to publicise the electrification of the lines between Portsmouth and Eastleigh/Southampton via Fareham.
This plaque was unveiled at this station by Cecil Parkinson MP.  Taken on 30th May 2013.
Information & Photos supplied by George Webbster.
Still on display in the booking hall at Fareham is this 'Solent Link' launch plaque. Taken on 28th April 2015. 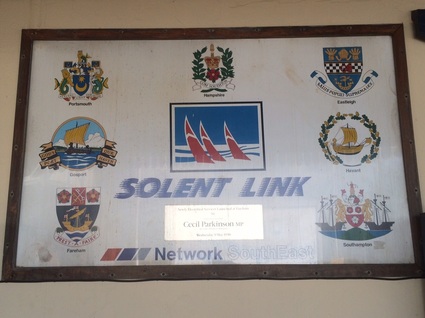 This Sign on the Boiler Room door is still in place near to Feltham Station, located on the former admin building next to Signal Box.
Taken on 2nd April 2015. 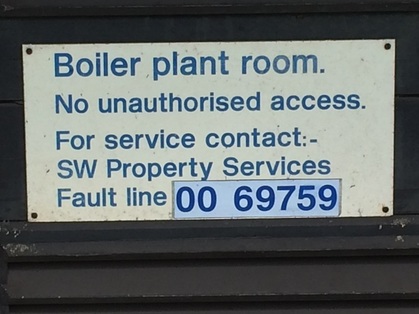 Network SouthEast's presence can still be seen after you pass from the Station entrance still. A NSE 'Goodmayes' sign can still be seen on the platform,
also a 'S car Stop' sign is still in place. A 'PERTIS Machine' can also be found here as well.  Taken on 31st October 2015.
Information & Photo supplied by Joshua Sammons.