This NSE sign was installed at Halling Station in May 2013, to replace the previous old NSE branded one which was vandalized in late 2012.
Mystery still surrounds why Southeastern Trains did not choose to install one in their house colours, at the time.

The NSE branded PETRIS machine was installed again after the NSE era in 2007, when the station became unmanned.

Local opinion at present seems to be that the station received some sort of 'Listing Status' at some point, which included fixtures and fitting as of that date, so like had to be fitted with like - so far the Society has found NO evidence to support this theory, despite many hours of research into the station and surrounding area.

Updated : 22/08/13.
The Society visited the Station on the 22nd August 2013 to investigate further, and found that the 'NSE flash'  has nowbeen unfortunately
been covered up with 'southeastern' branding. One theory that has been raised is that the NAME PLATE may of come from the
original Network SouthEast sign.

This NSE seat is still in the booking hall at Hampton station on the South Western Line out of London Waterloo.
Taken on 8th August 2014. 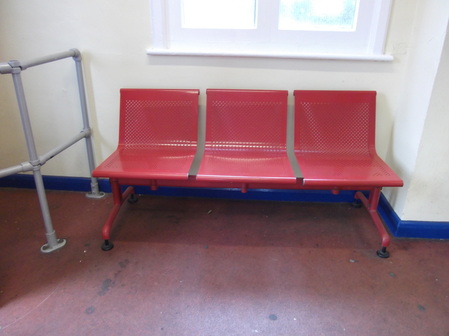 This Station still has a feast of NSE survivors. The sign outside that station was installed be Network SouthEast and still holds it's 'Red' paint on the pole - athought the NSE flash has now been obsured. The PERTIS machine is still present and a sign regarding the 'Sunday service' is still present here at this GWR station.
Taken on 29th September 2015. 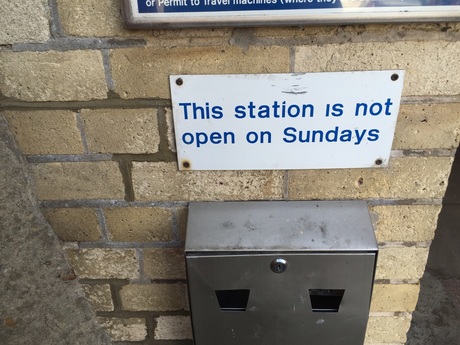 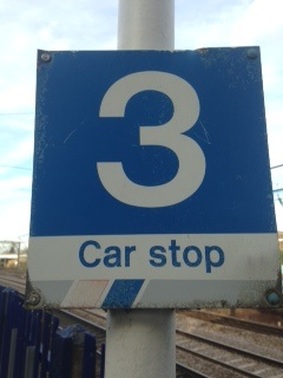 055- Harrow on the Hill Station

This jointly served station on the Chiltern Line / London Underground still has NSE Car stop signs on the platform,
installed when the Class 165 'Chiltern Turbos' were introduced. Taken on 5th August 2014.
Information & Photo supplied by Joell Fears-Caines.
This poster was uncovered at Harrow on the Hill Station after many years. It represents the independent body that watches over passenger services. The reference for British Rail clearly states the wording 'Network SouthEast'. Taken on 14th October 2015. 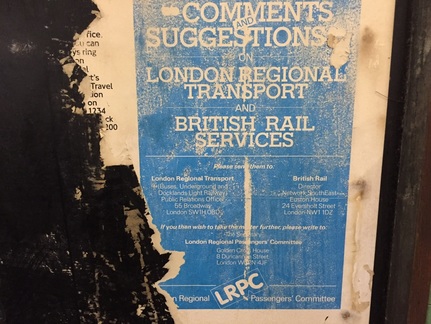 This Essex Station still has 3 Network SouthEast RED bench seats in
use on the platforms. Taken on 5th May 2014. 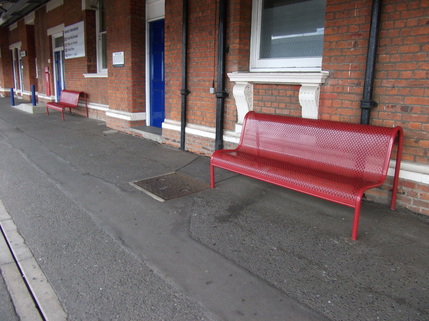 This 'PERTIS Machine' installed by Network SouthEast is still in use at this Station on the Thameslink Line.
Taken on 16th November 2015.
Information & Photo supplied by Joshua Sammons.

A plaque can be found in the booking hall at this 'Great Northern' line station to mark the rebuilding in 1990.
Taken on 8th June 2014. 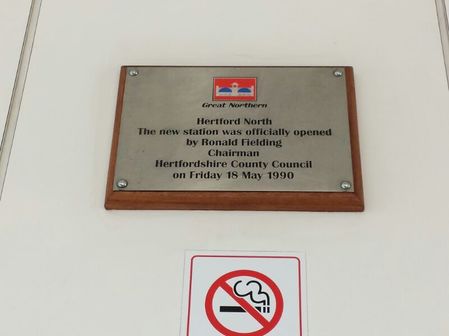 This Buckinghamshire Station on the Chiltern Line still has a NSE branded luggage trolley still in everyday use.
Taken in mid 2013. 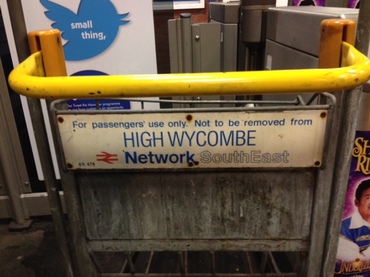 This Essex Station still also has a Network SouthEast 'S' Car stop sign in place.  Taken on 30th May 2015. 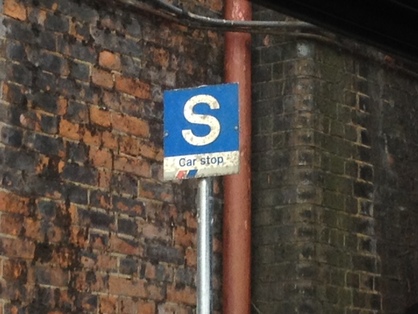 NSE'S presence is still remembered at this station, in the form of 2 plaques. Both dedicated to the electrification scheme that took place here.
Taken on 8th November 2011
Information & Photos supplied by Les Savine.

The Handrail on the Footbridge that links the platforms at this SouthEastern managed station is showing signs of paint wear,
and is showing its former Network SouthEast RED paintwork. Taken on 16th November 2013. 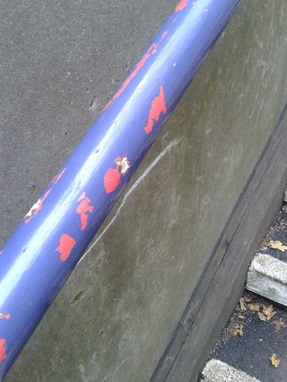 This NSE Branded sign is still in place at the LTS Line Station. Situated outside the station on the High Road.
Taken on 1st August 2012.
Information & Photos supplied by John Barnes.

This Network SouthEast sign outside Lewisham Station is still in place, although the NSE flash has now been taped over.
Taken 21st September 2015. 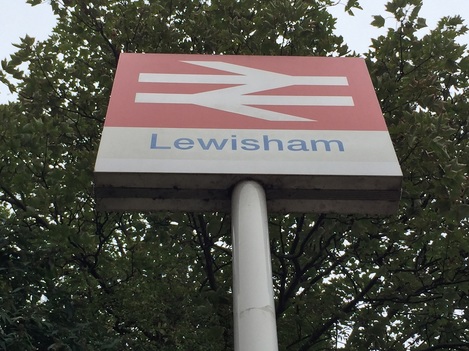