This Network SouthEast sign for 'Strawberry Hill Depot' is still on place, although now badly stained be the residue from the surrounding trees. Taken 31st October 2015 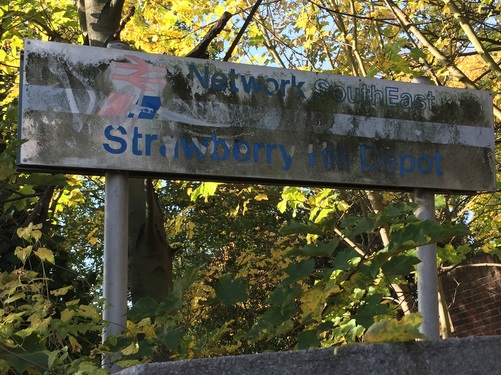 The 'Network SouthEast' logo still features on the platform and entrance doors at this South West London Station. Also the window
surround at the ticket window is still in its original NSE 'Red'. Finally, seating in the booking hall is still in place that was installed by
Network SouthEast. Taken 31st October 2015.
Information & Photo supplied by Joshua Sammons.

The 'Network SouthEast' sign outside the station and the NSE branded 'Car stop' signs are the only survivors at this LTS Line station.
Taken 1st March 2013.
Information & Photos supplied by Lee Spenceley.

This location still has NSE signage present which is located on the wall adjacent to the cab rank outside at this Southeastern Station.
Taken on 14th Feburary 2014. 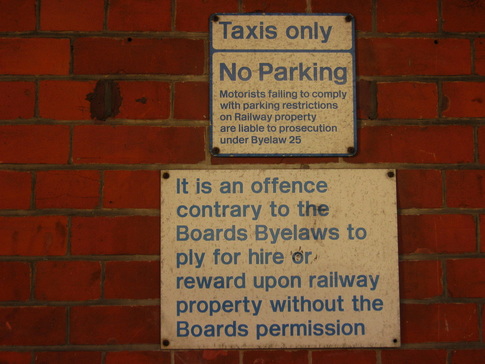 This London Terminus has NSE clocks still dislayed and working.  The 2 featured clocks are seen outside the main entrance and on Platform 19.
Another is also reported on Platform 16.  Taken on 17th January 2013.
Information & Photos supplied by Neil Bird.
Another clock still in fine working order located on Platform 1 at London's  Victoria Station, these clocks have certainly lasted well over the years !!
Taken on 10th August 2013. 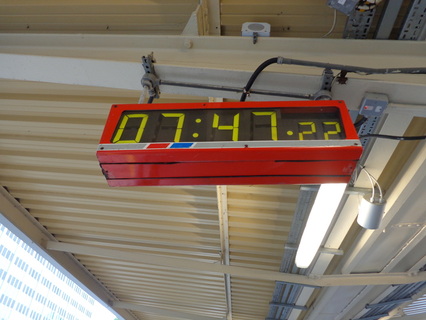 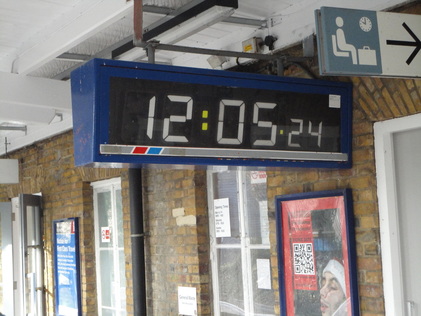 The presence of Network SouthEast can still be found at the Station, the window frames although refreshed in Southeastern grey in recent years, now show the NSE original red framework underneath in places and NSE typeface text & tilework can still be seen on walkway walls, although partially obscured by redevelopments.
Taken on 6th December 2014.
Information & Photos supplied by Joshua Sammons.

A NSE Red lamppost still survives on a footpath leading up to this busy Hertfordshire Station. An overhead powerlines sign is also still in place.
Taken on 5th August 2014.
Information & Photos supplied by Joell Fears-Caines. 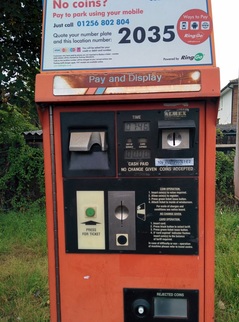 This NSE PETRIS machine still remains in use at this Great Western operated station on the former Thames Line.Taken on 30th December 2014. 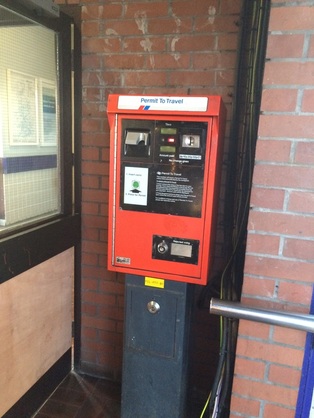 NSE pertis machine at West Ealing Station.
Information & Photo supplied by Stuart Hendry.
This GWR managed station still very much lives in the Network SouthEast era from when the station was rebuilt by NSE in 1987.
It still features the sign outside the station. The signage towards the ticket office is still in place - although the flash is now obsured. The platform direction signs
and Station opening plaque are also still present here. Also a platform number signs. Plus a fully working PERTIS machine. At the station exit, the words
'Thank you are travelling Network Southeast' on a sign can be seen if you look very closely !!!  Taken on 29th September 2015. 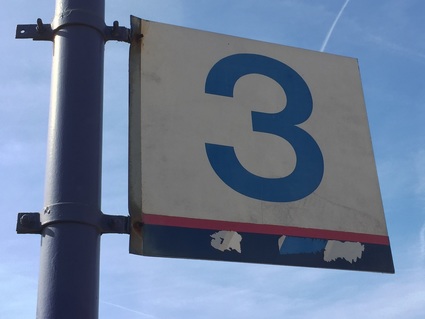 The reversing siding at this Chiltern Line station, still has a Network SouthEast 'Red' floodlight pole contained within it .
Taken on 29th September 2015. 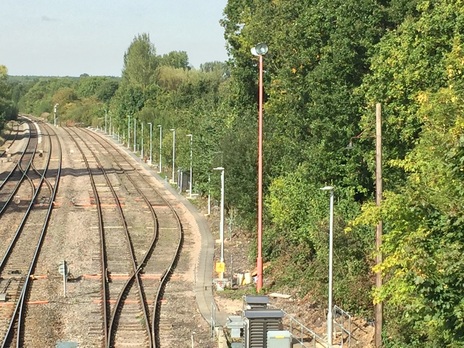 Network SouthEast 'RED' foodlight pole at West Ruislip. Located in the reversing sidings.
Information & Photo supplied by Joshua Sammons.
This Station still has a Network SouthEast 'Adverse Weather Equipment' shed on the platform still in it's original paintwork complete with NSE sign.
Also the fencing is still holding a coat of 'NSE' red paint - although some what faded now. Taken on 18th November 2015.
Information & Photo supplied by Joshua Sammons.

This sign is situated immediately adjacent to the level crossing to the east of West Worthing station.
There is no NSE branding, or if there was it has worn off, but the distinctive style of blue lettering remains. Taken on 14th April 2014.
During the course of the winter the bushes have been removed at the Sussex Station revealing in full the badly faded NSE sign as previously reported.
Taken on 10th February 2015.
All information & Photos supplied by John Chisholm.

This Station in Essex still has a 'Network SouthEast' Car stop sign on the platform looking towards Southend Victoria.
Taken on 24th October 2015. 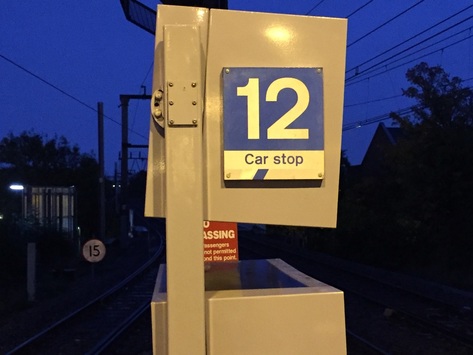 This NSE PETRIS machine still remains in use at this Great Western operated station on the former Thames Line.Taken on 28th November 2014. 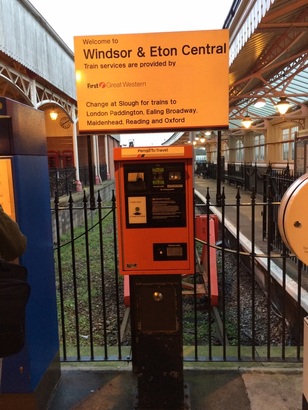 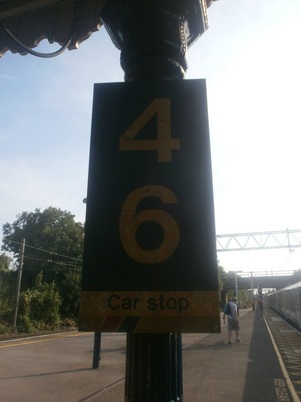