Copyright NSERS or photographer where shown. 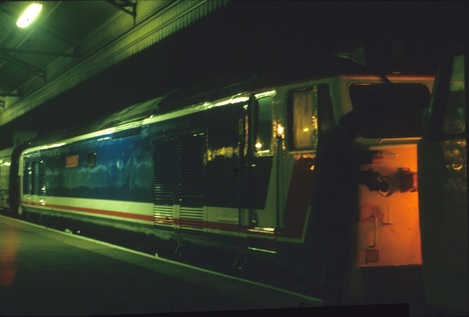 In June 1986 a group of friends were down in Cornwall on the Saturday, and in those days the Night Riveria still ran on a Saturday night from Penzance. On arrival at Plymouth a second class 50, 50017 Royal Oak was added to the train, in this rather odd unbranded striking livery.... About 10 days later when it was revealed with branding at the launch of Network South East. This was Chris Greens striking new branding for London and South East Sector and in infamous red lampost!. Taken on 7th June 1986 by Charles Woodland.