﻿The History of Unit 4308 Ex 6077 ﻿
History supplied by John Atkinson and the Southern Electric Group.

TICKETS FOUND INSIDE THE UNIT

When work commenced on the unit in September 2014, one of the first tasks was to clear the saloon of any
​articles of historic importance for display at a later date. Items found included tickets and newspapers from
​its last day in service in 1995.
During the 3rd working weekend in November 2014, we began to remove the seat frames from the saloon of coach 61275.
As each seat frame was removed, more tickets were unearthed from the units past life in service.
Ticket images by John Piper.

Background to the project
The Network SouthEast Railway Society (NSERS) is aware that the National Railway Museum (NRM) is investigating a new display in York which would depict the story of the railways role in moving millions everyday
– the title of which may be ‘The Commuter Railway’.

The NRM have to forward plan any project or display up to two years in advance. We believe that  is enough time to restore
the 2HAP unit 4308 into museum display condition, if this is done and the unit completed in Network SouthEast livery,
it would add value and more interest to the launch and background to the commuter story.

The 30th anniversary of the launch of Network SouthEast will be on the 10th June 2016, our vision,
​in partnership with the NRM,
is to exhibit the restored 2HAP at the York site on the anniversary.
The restoration of the 2HAP will be to the high standard that the launch units were refurbished to.

We hope that 4308 will be restored with the help of Heritage Lottery Funding together with sponsorship from
industry and support from the public becoming a centrepiece of a temporary display on NSE
then enabling the unit to pass into a long term commuter display.
Why NRM & why now
Our chairman Chris Osman, a regular visitor to the NRM for the past 15 years has seen the unit gradually deteriorate. We have been in discussion with Anthony Coulls, Senior Curator, Rail Vehicle Collection, NRM for many months to seek to involve the society in the cosmetic restoration of the 2HAP unit into the museum for a new commuter display.  NSERS feel it is time we showed our support to the NRM, who have expressed a wish to venture into this new more recent territory and begin to tackle the modern face of railway history & preservation. The NRM consider a HLF application to be viable to restore the 2HAP unit, we hope that our partnership would be both of practical and valued assistance as best possible to see the project through to completion and to enable the 2HAP to enter the museum for the long term.

Because our vision of the anniversary launch display being of a temporary nature, it will also provide the NRM a platform to gauge the reaction of such an event and whether more similar events may be undertaken in future years.  We also feel that NSE being a prominent part of the HAP’s history, it should be a worthy weight to the HLF in terms of a valued addition to the HAP’s restoration plans.

The project now goes forward
Following a meeting with the NRM in December 2013, we agreed that the first steps would be to obtain a full survey of the unit detailing the work required, to cosmetically restore the unit. The survey was carried out in January 2014 with the result that it is considered to be in poor condition, mainly due to the length of time it has been stored in the open at the mercy of the elements. The good news is that it is considered that restoration is very possible but would need much specialist work to return it to high quality condition fit for a museum display.

Some detail from the survey indicates that whilst the main frame and bogies are basically sound.
The body shell and structure is severely corroded throughout. Not only is the plating severely rusted in places,
but the supporting framework and pillars have also suffered from damp ingress, corrosion and swelling.
About NSERS & its vision
Most of the bodyside upright pillars will have severely corroded at the extremities, with varying levels of
deterioration elsewhere.
Access to restore and/or replace these pillars requires the skin and/or internal panelling to be removed.
If the pillars are not restored, it is certain that the bodyside doors will continue to bind and eventually parts of the superstructure will become detached from the solebar hence allowing areas of the body to move/twist/distort independently from the frames.
All external doors are binding badly due to swelling, corrosion and distortion in the door pillars as mentioned above.

Window frames and trim strips (between interior panels) had suffered to various extents,
although to achieve the best finish will require most to be removed for restoration

Following consideration by Anthony Coulls and the team at the NRM, agreement was reached in early April to proceed with the restoration.

A specification of work has now been drawn up, this has been submitted for approval by the NRM on the 8th May.
This will be followed by invitations to companies to express interest, then issuing tenders for much of the restoration work,
especially that which is beyond the means of the society.

In the meantime, the unit will be moved, one coach at a time to the Aldeck (The depot ‘polytunnel’) located in the South Yard of the NRM where the society can start preparatory work on the unit.
The main focus will be on the underframe and bogies which
will be deep cleaned, accumulated dirt, brake dust, rust and damaged paint removed followed by a repaint
into underframe black which the unit would have had when in service.

We at the NSERS realise that this is a major task and one which is far beyond the society funds Therefore we intend
to submit a grant application to the Heritage Lottery Fund. We are looking for support both financially and in physical
terms from industry and private individuals to ensure that the restoration can begin this summer and be completed
​ in time ready for display in June 2016.

Chris Green says in his new book ‘The Network SouthEast Story’ we have 100 days to the launch (of NSE). He made it happen.
We share the same beliefs.

We have 27 months to make this happen and we will.

NSERS was created in 2003 to provide the start of preservation and documentation publicly, of the history and impact of Network SouthEast as part of the ongoing history of British Railways.  In the 10 years that the society has been active, we have grown not only in membership, but also in our capabilities and credibility.  For example we are continually collecting & conserving many original NSE items from paper based leaflets, internal literature and posters, to the humble station lamp post, departure board Solari units and our more ambitious project involving the conservation of our complete British Rail, Southern Region Class 421 4CIG unit 1753.

Our membership includes some of the original managers and staff who worked for NSE during its reign in the SouthEast,
including Gordon Pettitt General Manager (BR(S))

Our President, Chris Green (pioneer & director of NSE) is fully supporting us in this project.

We are aware of the value that independent railway societies hold especially with their archive and ability to document specialist subjects and periods of history in detail – which would not normally be readily available.  We have been keen to keep our progress, projects and archive documented which has mostly been promoted by our website and Face Book pages. The value of such online information is priceless as to date we have been unable to involve ourselves in a physical form or to undertake a display for the NSE period.  An NSE related exhibition that we so desire, would cater for the many railway enthusiast, inquisitive public or historians to visit and learn about the short but successful era of British Rail, that saw it go from under invested railway system to a profitable vibrant business - that paved the way for the privatised railway networks that we know today.

The gallery below features photos taken on our first inspection of the unit in the Summer of 2013. 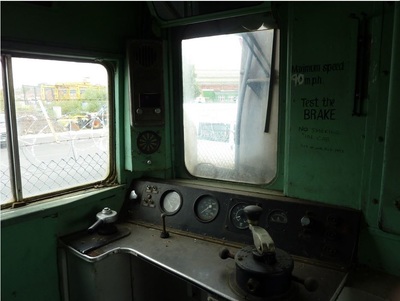 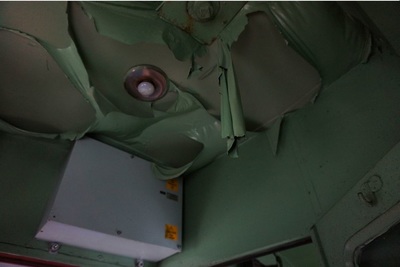 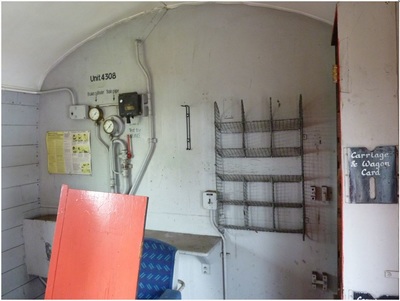 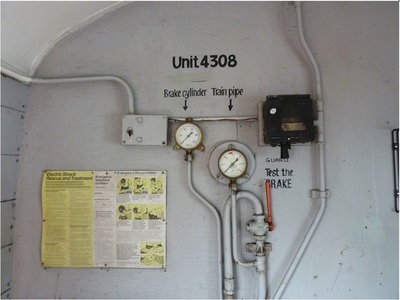 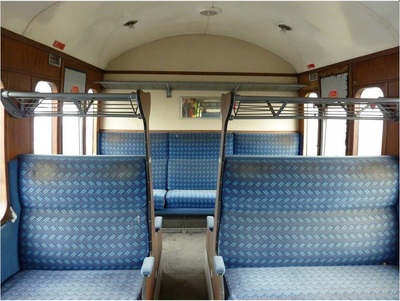 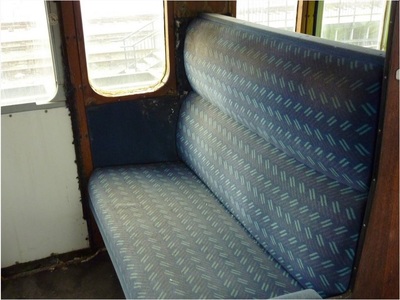 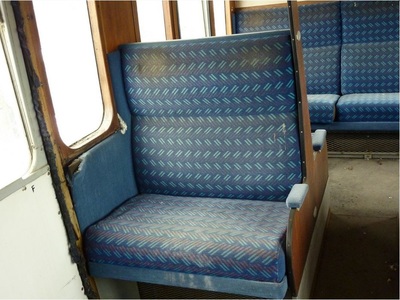 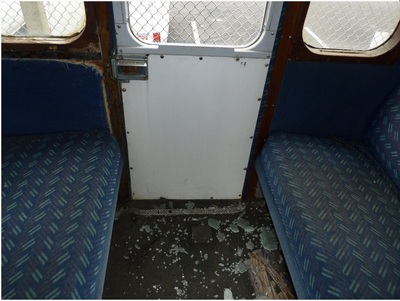 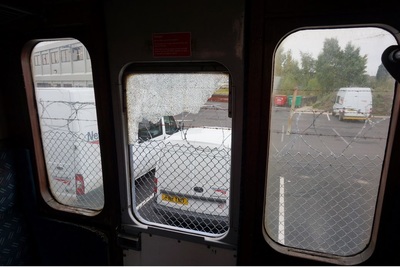 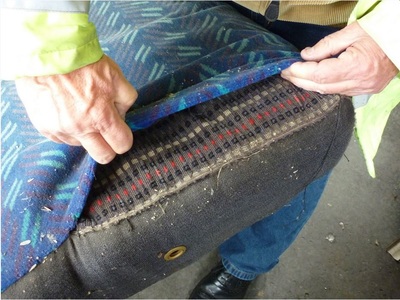 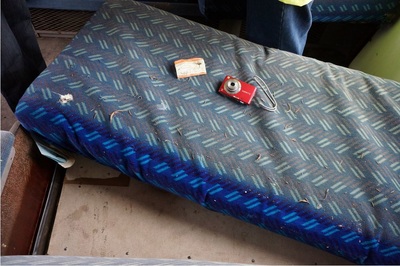 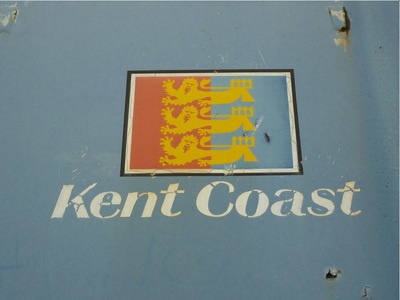 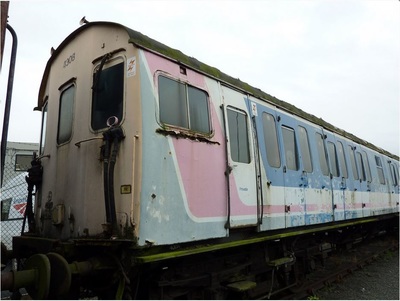 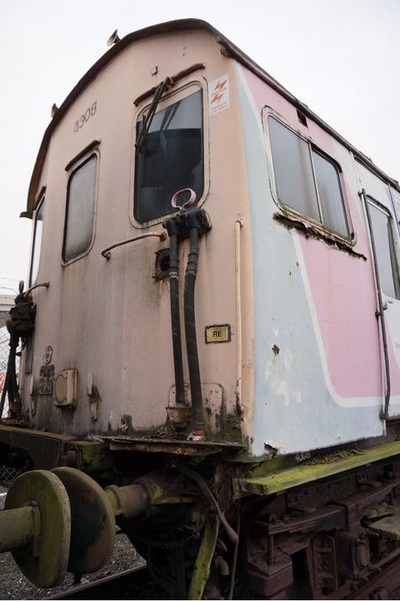 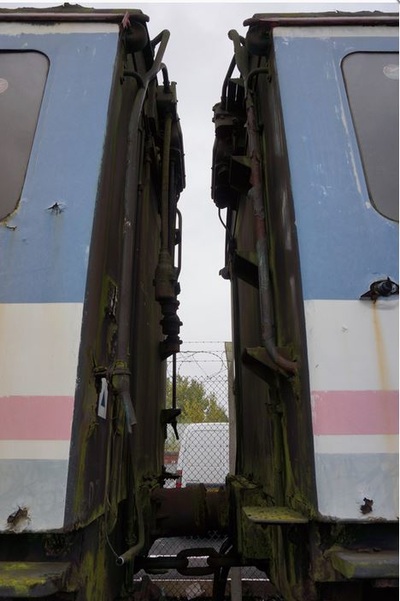 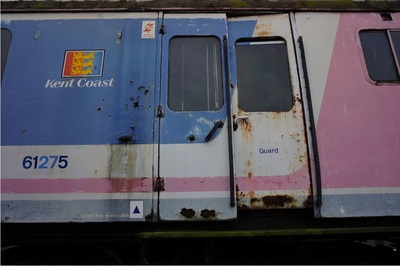 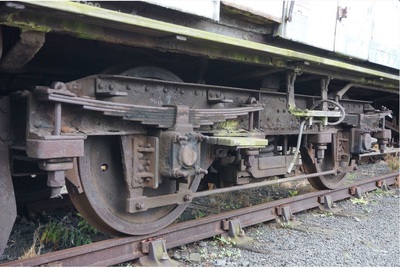 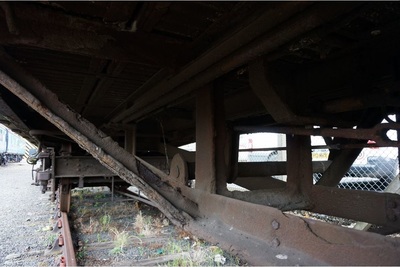 The project has now reached the news stands and other parts of the internet !!
(each article opens up a NEW window where still active) 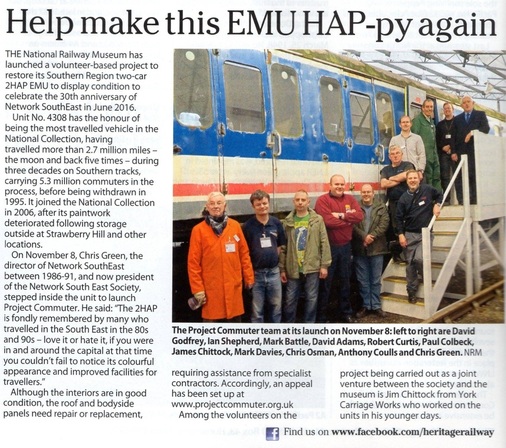 A BIG thank you to all the media organizations that have promoted our project.